THE ROLE OF PORNOGRAPHY TODAY 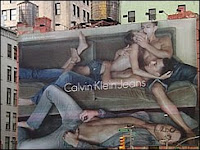 Pornography has taken on a life of its own. Far more available than it was twenty years ago, virtually anyone can access some form of it even those underage. What qualifies as pornography to some is not the same as what is leagally defined as pornography either. Consequently the relatively innocent voyeur who is curious and wanders into accessible free pages may get a whole new education with regard to what turns some people on.
While for most this might be a variable source of enticement and sexual pleasure on occasion, for others the draw may become more frequent. For some it may be the only source of sexual pleasure and for others it may become a habit, an obsession, or an addiction. Some individuals may even become dependent on the high it produces for them.
Pornography (porn) is defined as he portrayal of explicit sexual subject matter for the purposes of sexual excitement and erotic satisfaction. It is displayed in a variety of media, including books, magazines, postcards, photos, sculpture, drawing, painting, animation, sound recording, film, video, or video games. Even amateur pornogrphy has become widely popular and has been widely distributed on the Internet for free. Pornography by most societal standards in the United States is usually considered obscene. However as convenient and available as it is, social attitudes have emerged indicating more tolerance of sexual portrayals.
The legal status of pornography varies widely from country to country. Most countries allow at least some form of pornography. In some countries, like the United States, softcore pornography is considered tame enough to be sold in general stores or to be shown on TV. Hardcore pornography is usually regulated and in most countries the possession of child pornography is illegal. Some countries restrict the distribution of pornography that includes violence or sex with an animal.
On the other hand, pornography producer Larry Flynt and the writer Salman Rushdie, have argued that pornography is vital to freedom and that a free and civilized society should be judged by its willingness to accept pornography. In constrast, some feminist critics of pornography consider pornography demeaning to women. They believe that most pornography eroticizes the domination, humiliation, and coercion of women, reinforces sexual and cultural attitudes that are complicit in rape and sexual harassment, and contributes to the objectification of women.
Some religious groups discourage members from viewing pornography, and support legislation restricting its publication. These positions derive from broader religious beliefs about human sexuality.
There is a dispute about whether pornography addiction exists as well as to whether or not it has harmful effects. Some sex therapists argue that it is a real addiction with serious consequences, while others argue it is not comparable to substance addiction and should not be classed as such. Psychotherapists who see it as addictive suggest that using self-control therapeutic measures such as filters that limit access on the Internet could be used to curb the addiction.
Research relative to an extra-marital affair being caused by or contributed to by the use of pornography is difficult to find.


Posted by Adultery is Universal at 9:04 AM