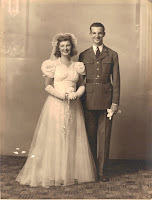 Typically marriage invloves promises of exclusivity because of the nature of comprehensive , personal and private self-disclosure that includes sexuality between the partners. This exclusiveness symbolizes the love relationship and therefore most couples accept that this intimacy, physical or emotional, should not be shared with extra marital partners.

In the General Social Survey of 1988-2000 it was reported that for all Americans, the "happiness maximizing number of sexual partners...is one. " This would indicate that in this particular survey, everyone agreed that one would be the most happy having only one sexual partner. Considering the large number of affairs happening every year, one has to wonder if the people reporting really believed that.

In other sociolgical reseach in 2000, the researchers found that entering into an extramarital affair was a rational decision, generally not spontaneous or the result of too much alcohol, nor as a consequence of overwhelming romantic passion. They found in their work that individuals who were more likely to engage in affairs had more permissive values, thought about sex daily, had been in their marriage a long while and have had more past sex partners. (Treas, Gleason 2000)

With the advent of chat rooms after 1990 on the Internet and other electronic means, cyber adultery took wing. Most readers here will well know the standard procedure; establishing contact with an unknown person, chatting amicably, flirting, exchanging pictures and words of affection, often love, verbally caressing the partner to overt sexual talk. Phone calls follow, pillow talk ensues, and eventually a meeting takes place. If the couple meeting continues to find the other attractive and sexually appealing, sexual intercourse may happen.

The negative effects that are possible on discovery of infidelity include jealousy, anger, or even fury, broken trust, discord, seeking of therapy, and a possible end to the marriage. The potential positive effects on discovery of the affair, might encourage a closer relationship for the married partners, greater attention to couple communication and the placement of a higher value on family.

Infidelity does not always lead to divorce. Research indicates that marital dissatisfaction is a factor, motives one has to separate, attitudes toward infidelity, boredom, general unhappiness and more.

Can couples recover after adultery? Definitely. It depends on how much trust there was in the relationship before the affair, therapeutic or coaching intervention, apologies, accepting responsibility, allowing trust to rebuild gradually (which could take a long time), kissing up to the wounded partner (let's be honest) and of course open communication about the needs each partner has, maturity and integrity.

Some couples avoid infidelity, by expecting that it might happen and taking a different approach to the problem which includes threesomes, open marriage, swinging and a host of other possibilities ranging from co-habiting , not marrying and not being exclusive, joining sex clubs together and other arrangements. Some couples explore the potential with honest and open communication before the event occurs and discuss feelings.

An interesting take on infidelity is presented in the movie, Random Hearts, starring Harrison Ford and Kristin Scott Thomas.
Posted by Adultery is Universal at 1:49 PM