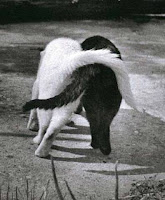 In the book chapter I'm working on now, I discuss gender disparity or differences and similarities between the genders with regard to an affair. Reliable statistics have been difficult to come by, especially in the past because of the sensitivity of the subject or how the research was conducted.

Today, however, individuals have become more open about their opinions and experiences , although accurate results from larger populations is still relatively limited. Here are just a few interesting current observations and results:

39% more likely to have an affair living in a large city rather than a small
town or rural area.

More than 90% of the general population believes that it is “always” or “almost always” wrong for a married person to have sex with someone other than their
spouse.

Regardless of that belief, extra-marital sex happens. Many times what for one partner in an affair is a magical connection, for another , it could be just a pleasant time. For the unknowing wife or husband, the affair has an impact on the marriage. Once known the affair may injure the partner in a myriad of ways and could end in divorce.

Although many affairs are short-lived, some endure. For some the enjoyable company of each other, the friendship that develops, the affection and mutual support becomes the substance of a loving relationship, often echoing the form of their own marriages at some stage.

Chapter Three of Adultery is Universal; But I'm Getting Married Anyway; What to Know before You Do or Already Have covers perspectives men and women have along with the taboo aspects, sexually active teens' impressions and behaviors, same-sex paerners and love.

Judith Treas and Giesen, Deirdre. Sexual infidelity among married and cohabiting Americans (2000). Journal of Marriage and the Family, 62 (1), 48-60.

Posted by Adultery is Universal at 12:06 PM