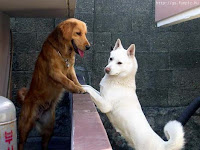 Men and women are wired differently, everyone agrees with that right? And we're happy that we are so different as that makes us fundamentally interesting and attractive to one another. Of course it also means that the differences could cause difficulty in relating with one another too, that's a given.


Dr. Louann Brizendine is a member of the American Board of Psychiatry and Neurology and the National Board of Medical Examiners, and a clinical professor of psychiatry at the University of California, San Francisco. Recently she wrote a brief article about the differences in brains between men and women relative to the the size of the male brain when it comes to sexual pursuit. Dr. Brizendine writes:


"Perhaps the biggest difference between the male and female brain is that men have a sexual pursuit area that is 2.5 times larger than the one in the female brain. Not only that, but beginning in their teens, they produce 20 to 25-fold more testosterone than they did during pre-adolescence.


Does this mean then that men are indelibly programmed to have extra-marital sex. NO. It does mean, according to Dr. Brizendine that "Their visual brain circuits are always on the lookout for fertile mates. Whether or not they intend to pursue a visual enticement, they have to check out the goods". So while a basic difference between our genders might be that men feel compelled to look at other women whether or not they act on how enticing another women looks does not relate to them following through and beginning an affair.

Research shows us that with regard to women on the other hand, that while they may notice or look at other men , they don't have the same amount of driven urge to mate and mate as our male counterparts do. Nevertheless women are not far behind men statistically with regard to infidelity.

The mirror-neuron system in women's brains is more active and larger which allows women to be more insightful and empathic with others, sensing and feeling their feelings or emotions more effectively. This contributes to the desire to feel some safety and trust in a man before having sex with them usually. In general they want to feel that the man will feel something for them that might make him want to call again, be with them again, appreciate and like them.

From the outset, our drives and intentions and needs are different. Most researchers believe that biologically, the male drive, as in animals, is to spread their seed around to as many fertile females as they can, thus producing more of themselves, and females are looking for the biggest, strongest, steadfast and reliable, handsome male to mate with, so that the offspring is the optimum that she can produce. This may actually be at the heart of mate selection.


We are not talking love here. Men can fall in love as much, as often and as fast was women can. And we are not saying that either gender is doomed to having a mate who will not remain exclusive sexually.


Men may not express their emotions as much , but that does not mean they do not run deep. Many times after a divorce, it is the man who is so sensitive and so lonely that their suffering is far more pronounced than that of the wife they parted from.

"Not only is the mature male brain more receptive to closer bonds, but it's also more sensitive to loneliness. Nobody thrives when they're lonely, but it seems to take a major toll on older men. Sixty percent of divorces in couples over the age of 50 are initiated by women, leaving their husbands shell-shocked and devastated". (Brizendine)

Our brains may be different, but learning about how they work and understanding the differences so that we can communicate with one another about those differences is a wise way to tackle issues of concern and to learn how to be more successful in managing relationships that matter to us.